History in Black & White: John Lewis Unfolds with Every Footstep

It can’t have escaped many customers that this year marks the John Lewis 150th Anniversary. 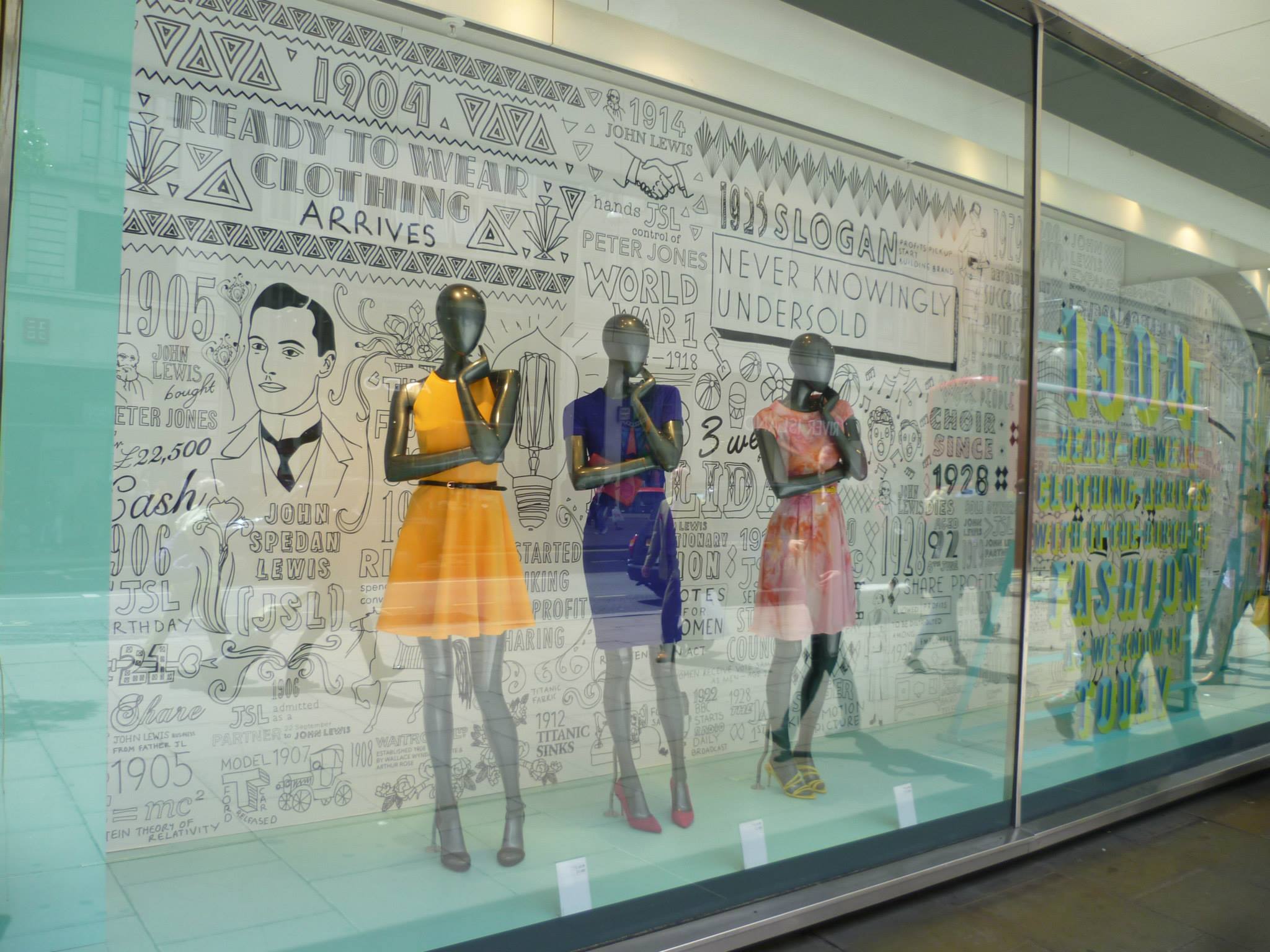 In its customary courteous yet engaging way it has communicated effectively through customised bags, exclusive collaborations and a multitude of store events and promotions.

Centre stage literally, stand its “stand-out” anniversary windows, a magnificent understatement in glorious black & white, the backdrop to its colourful stories that span the decades.

A history book unfolds with every step from the dawn of “Ready-to-wear” clothing, the invention & evolution of electrical appliances, through the humble beginning of home furnishing drawing to a million millennium curtain closings. And so into the technological age the narrative unfolds further, dotting the I’s and crossing the T’s on IT, the internet and e-commerce.

Omni-channel to all things and all people, many lines read in black and white ensure a bottom one permanently positioned in the black.