Welcome to the Nike House of Innovation: A Latin Adventure

Nike: Pitching into the World Cup fever that is embracing the globe is an opportunity that doesn’t come round that often, and in regions such as South America which hasn’t had a tournament on home ground for three decades, capturing the hearts and the Pesos of these soccer crazed countries is literally a once in a lifetime challenge. 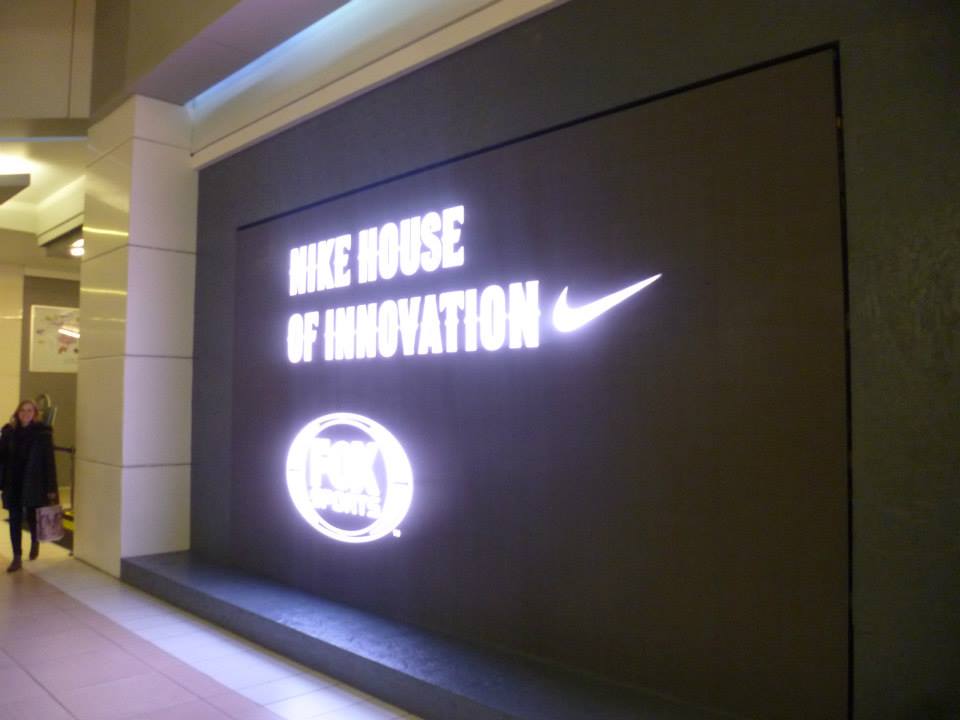 Nowhere has the temperature been higher than in Chile, with a team to challenge and a journey to Brazil just hours away. The nation has gone World Cup crazy and Nike has responded with a House of Innovation, capturing crowds in Costanera, the capital’s largest shopping centre.  In a space urban and industrial, dark and inviting the duel boots of Magista and Mercurial welcome the curious customer with state-of-the-art technology and football-of-the-table traditional entertainment.

The darkness opens up into an expansive arena with a centrepiece penalty shoot-out pitch where astro turf combines with internet surf for those endless moments between spot kicks. Beyond the internet bar, beneath the cross bar, Nike Football Club stands proud in a dedicated exhibition space where exclusive product rubs shoulders with rare memorabilia in a monochrome homage to the beautiful game.

Let the brand battle commence in a test of endurance that is sure to run and run.